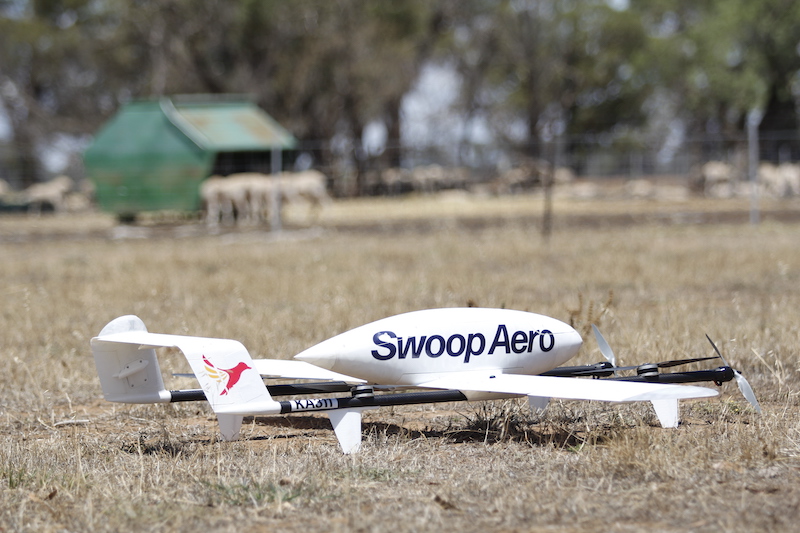 Announcing our Series A investment into Swoop Aero.

Swoop Aero is transforming the way the world moves essential supplies and advancing the delivery of healthcare for millions. When we first met Eric and Josh in 2018, we were blown away by their talent, unwavering focus, and the scale of their ambitions. And when they talked to us about raising their seed round a few months later, we were thrilled to jump on board.

Fast forward 12 months, and Tempus is proud to be investing in Swoop’s Series A round, backing a world-class team as they accelerate the growth of aeromedical drone networks around the world.

Over the last year, we have seen Swoop move from strength to strength as they executed on networks across five countries and enabled services for over two million people. Their drones currently deliver critical supplies in Malawi, Mozambique, and The Democratic Republic of Congo, and they have secured partnerships with the world’s foremost health organisations including the Bill and Melinda Gates Foundation, UNICEF, USAID and UKAID.

Swoop has emerged as one of the world’s leading aeromedical drone logistics companies — and their 100% tender win rate is a testament to the credibility Swoop has built with multiple organisations and governments, and for the company’s impeccable safety and performance track record.

This is just the beginning, and the critical importance of Swoop’s long-distance autonomous drones has only been amplified during the COVID19 pandemic.

In March, Swoop achieved a world first by remotely operating commercial drones from another continent when delivering testing kits and PPE in Malawi, while operating the aircraft from a base in Australia. Their impact led to a tripling of the Malawian fleet to manage a 300% increase of network utilization between March and April 2020.

In the context of the biggest healthcare crisis in our generation, where mobility is limited, it’s a powerful reminder that technology has the ability to rapidly scale solutions previously considered impossible.

In making this investment, we continue to back a new vision for healthcare logistics, and Swoop has barely scratched the surface of its global opportunity.

Tempus believes in an inevitable future where networks of healthcare drones will ferry urgent supplies, pathology and medicine between hospitals and healthcare clinics in both developed and developing economies.

Our Series A investment enables Swoop to establish its presence in Australia and NZ, and to this end, the company is working closely with the federal government and regulatory bodies to secure the approvals needed to establish much-needed networks.

It is exciting to see government and health organisations in Australia and internationally look to technology to build a more resilient health care system for the future, as Swoop moves closer to its vision of servicing one hundred million people with better access to healthcare by 2025.

Stay in the Loop