In the constant flow of the next-biggest-deal news cycle, it’s easy to forget that we are still in the early days of venture capital in Australia.

In comparison to more mature global ecosystems like in the US, Australia’s VC ecosystem is just ‘five minutes’ into a much longer supercycle. Australian venture capital still materially punches below its per-capital weight when compared to global VC peers, and the positive impact that technology investment can have on our lives is only accelerating — there is still a long way to go.

Despite its relative youth, venture capital in Australia has scaled rapidly to meet an equally large opportunity of backing the great technology companies of the future, born by Australian founders.

Putting this scale in context, in 2011/12 almost no venture capital was raised, yet since 2015 more than $4.5B has been raised by Australian VC funds from a mix of private and institutional investors.

However, whilst the majority of early Australian VC funds were invested into seed-stage companies, the more recent effect of this fund scaling has led to a critical seed-stage funding gap. Principally this is caused by a relatively small number of Australian VC’s with funds of finite scale, making fewer and larger investments at later stages.

Venture capital’s mission is to fund bold ideas and encourage innovative startups that will materially contribute to economic growth, prosperity and investor returns. Yet it’s ironic at this early stage of venture capital in Australia, that we are experiencing a capital allocation trend away from ‘risk’ towards companies with proven business models and demonstrated traction.

Early venture capital (VC 1.0) in Australia started slowly, but in 1997 as dotcom-hype skyrocketed so too did Australian venture capital. In the proceeding years between 1998 to 2005, over $2B was allocated to VC’s, with 2001 representing a peak-year with $600M raised. Over this period, and as a result of the dotcom crash, returns were terrible, and a vast majority of this capital was lost. The effect was almost terminal for the asset class, and a generation of Institutional allocators swore off future investment in the sector.

Following the GFC in 2008, investment into Australian technology companies picked up modestly, fertilised by off-shore VC’s investing infrequently. In fact, this period between 2008 and 2014 germinated many of the companies in today’s VC’s portfolios and stimulated private investment in VC and early stage technology. However, it was not until 2015 that Australian Institutional capital showed its hand, with Hostplus, First State Super and Australian Super becoming the first funds to dip their toes back into the asset class by making meaningful allocations to a handful of Australian VC’s — Australian VC 2.0 had emerged. Venture capital in Australia now receives over $1 billion in annual commitments from Australian super funds and private investors.

What is the seed stage gap?

The ‘seed-stage gap’ principally refers to a decline in the volume of seed-stage investments in Australia by VC’s, and a stagnation of total dollar-investment into seed-stage companies across the investor base.

To a large extent, the ‘gap’ can be attributed to the emergence of multiple Australian VC’s around 2014, and their success in raising increasingly larger funds. While the continued increase in fund sizes and volumes is a huge positive for the Australian startup ecosystem, the number of seed investments in each fund has not increased correspondingly. As such proportionately less capital from each fund has been allocated to seed-stage companies over this time. This issue has been compounded by an incentive to heavily concentrate fund capital on early portfolio ‘winners’ as each fund matures.

Additionally, some VC’s who have raised new funds — and previously made initial investments at a seed stage — have migrated their attention and first investment cheques to later stages in order to shorten investment windows, and increase the capital invested at each round.

The result has been a collective reduction in the volume of seed investments, whilst at the same time driving the average size of each investment upwards.

Translating this into hard numbers, the 2020 StartupAus Crossroads Report notes that the volume of seed-stage investments (by VC’s and private investors) had declined by more than 50% in less than two years, from 320 in 2017 down to 138 in 2019.

Moreover, a recent survey of venture capital firms (by Innovation Bay and KPMG High Growth Ventures) noted that most VC’s are now making less than 6 investments a year (the average is closer to 3), with the vast majority of these investments over $2.5M. The survey also detailed a significant decrease in the number of seed investments between $250K and $2M, and expansion in size and volume of investment rounds between $2.5M to $20M.

Contrasting to mature venture capital markets, where intermittent gaps emerge and are quickly filled by a vast distribution of players investing at all stages, the emergence of this ‘gap’ in the local market has been exacerbated by a relatively small number of Australian VC’s managing multiple funds — only 13 VC managers have more than one fund (using ESVCLP’s as a benchmark measure), and few private investors making multiple investments annually.

What can we do about it?

The last 5 years have seen a hugely positive change in investor sentiment towards venture capital in Australia, and a significant amount of investment by Aussie and overseas VC’s into Australian startups. But it is too early for investors to simply be ‘banking’ on apparent winners and ‘safe’ returns.

It may be counter-intuitive, but this move of investing in ‘safe’ returns in the short term may actually be riskier for our industry, because these returns may come at the expense of a healthy future investment pipeline, and the long-term wellbeing of the Australian startup ecosystem.

Despite early-stage investment yielding the greatest average VC returns globally, the core risk of the seed-stage gap is that hundreds of great (and unknown) founders, ideas, and startups of the future may fail to receive the early capital and support needed to reach later-stage funding rounds. Thereby causing a downward spiral of our industry over time.

We believe investment into ‘impossible’ early-stage companies, born from bold missions, that have an opportunity to achieve extraordinary results fuelled by the availability of risk capital from experienced VC’s, is not only good business its good for the ecosystem as a whole.

To solve this, we believe more Institutional capital (from the $2.5Tr Australian super fund capital base) needs to be allocated across the VC investment spectrum, and particularly into VC’s with demonstrated tech operating experience and the mindset, skills, and experience to make seed and early-stage investments.

A greater allocation of Institutional capital to early-stage VC funds will act as a valuable mechanism to uncover the next generation of outstanding founders — those hungry to solve the big problems that lead to billion-dollar companies and economic growth. And for these founders, this will also provide the critical infrastructure of community inclusion, mentorship and operating experience that has the opportunity to turn their extraordinary potential into collective success over time.

It’s just the beginning of VC in Australia, but we can do so much now to build a flywheel of success, and to ensure our industry has a sustainable and healthy future. 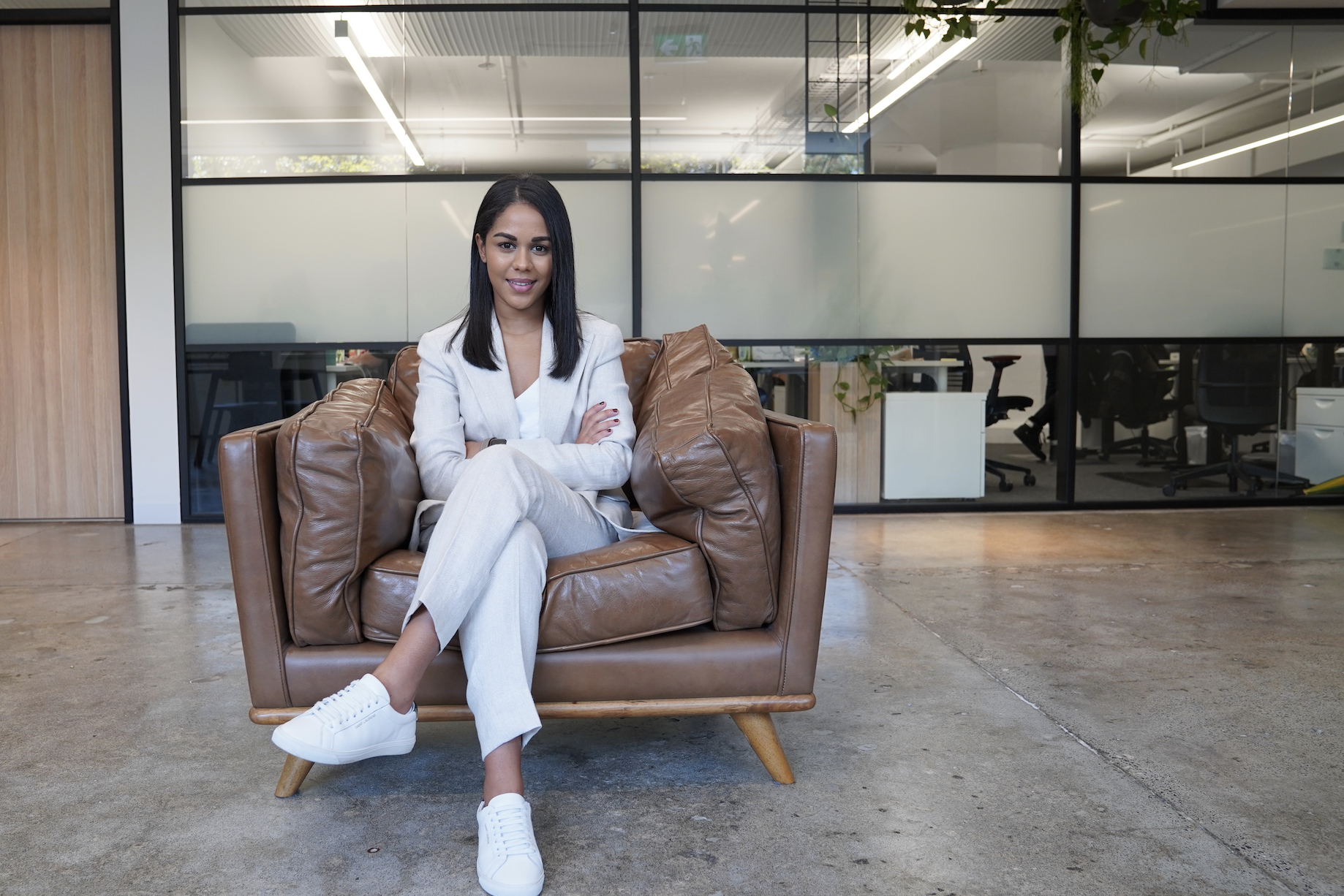 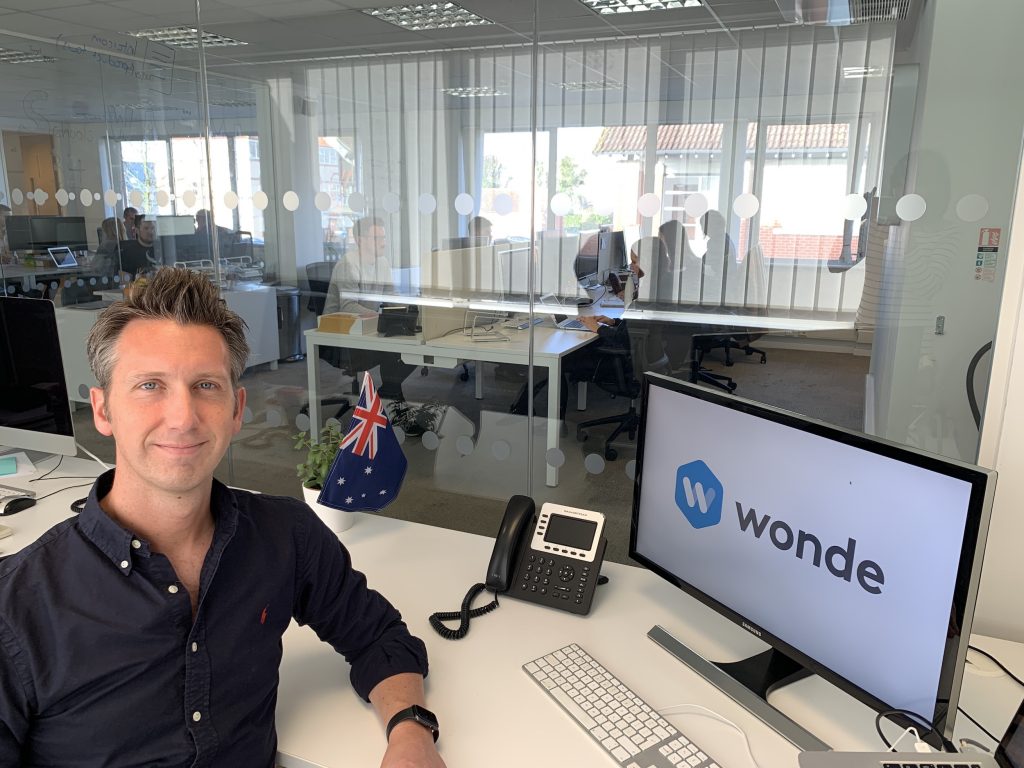 Our investment in Wonde

Stay in the Loop